When asked about my work, my mantra used to be, “The subject matter of my work is not as important as how I paint it. Whether it be people, places, or things, the important thing is that my personality as an artist is visible through those themes. If I am not in there, I do not see the point.” While I feel this is still true, I no longer feel it is a complete “statement” from me as an artist.

Over the years I have watched myself meticulously pick my subject matter based on two innate criteria: challenge and access. The subject must challenge me to express myself and grow as an artist. It must also afford access for my viewer; access to me as an artist and what I am trying to do. Even if they do not understand how I did it, the work must speak to them on some personal level and the subject matter often helps us find our common ground. We are all connected to people, places, and things. Sometimes those connections are based on memories, sometimes they are immediate. Either way, ethereal or evident, they are shared. My art is a dialogue between the viewer and myself about those shared connections—without the viewer, I am that proverbial tree in the forest.

While I somewhat accept being labeled a representational artist, I tend to shun the label of realistic artist. My work represents real life subject matter, but it is firmly based in abstraction and intuition. Rather than view my work as abstract representations of people, places, or things, I view it as an abstract representation of me—it represents my process of imagining. By focusing that abstraction and utilizing my intuition, I bring forth representational pieces. My work is born through solid draftsmanship plus a liberal application of paint via a brush or a knife or anything I can get my hands on, plus plenty of color experimentation and the carving of my medium. It is truly gratifying when a viewer, while being up close to my work, stares* in wonder at the surface then, while backing away, witnesses all that texture and color (that an art textbook tells them shouldn’t work) and abstraction somehow, mysteriously develop into a recognizable subject. That ‘somehow’ is me. So, that takes us back to what I wrote above, “If I am not in there, I do not see the point.” 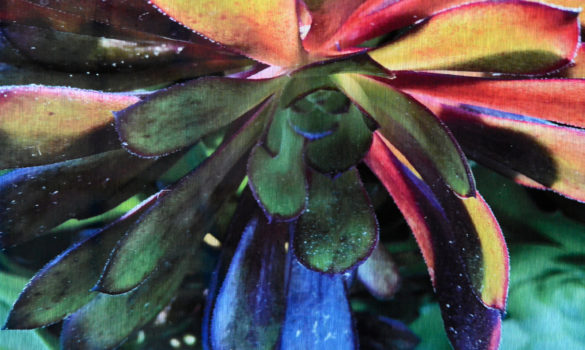 Rhonda C.R. Burton, born in Indianapolis, Indiana grew up in Los Angeles. Mostly self-taught, she took classes and learned to paint at The Brentwood Art Center in Los Angeles and soon began teaching watercolor painting at the school. She was accepted into The National Watercolor Society, Women Painters West and several other groups. Several years later, divorced and the mother of 2 young children, she put her art career on hold and began working in management in the securities industry for a large bank.

After several decades in the corporate world, her reentry into art began with photography. As a painter and teacher of watercolor many years earlier, she painted mostly floral arrangements. In her current and most recent works, her subject matter has returned to the comfort of the garden, as it reminded her of the years she spent in the garden with her grandfather.

Her subject matter while still floral, were photographic images printed on acrylic sheets and backed with a brushed aluminum. This gave a very contemporary and often a textured look to her work. She began to show her work again with local art groups and in galleries. In 2017 the First Place prize in the Photo, Digital & Cartoon Category was awarded to her “Pink & Blue Succulent” from the Pacific Art Guild in Los Angeles. After experiencing some very serious health issues in 2018, she is focusing again on creating art. Her work was accepted and was a finalist in both the Annual Skies Exhibition as well as in the Leaves & Petals Fusion Art Exhibition.

Early in 2019, she joined The Brittany Davis Gallery in Ojai, CA. She has participated in a number of group shows at the gallery and was a featured artist in September that year. At the end of last year her work began to change again, while her imagery remained the same, her photographs are now printed on archival fine art paper and hand embellished with color pencil, mounted on painted wooden panels and covered with acrylic. She is also experimenting with adding various sizes of the same image set at different angles, often times reflecting the growth of the plant. 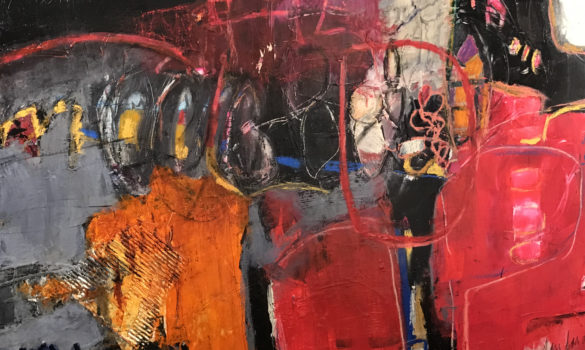 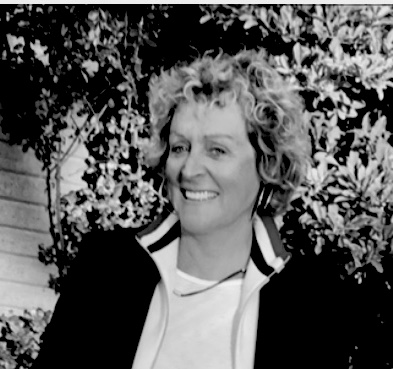 For Jan Lord, music is more than a pleasurable pastime; it’s the inspiration behind her artwork. Each painting, expressionist at its core, integrates not only the tone or mood of a favorite song, but meaningful lyrics that remind her of the beautiful and exotic places she has been fortunate to visit during her life. This juxtaposition of music, art and memories can be experienced in her paintings, Jan’s expansive surfaces command the attention of passers-by, reward the focus of new as well as seasoned collectors and magically transform any space. 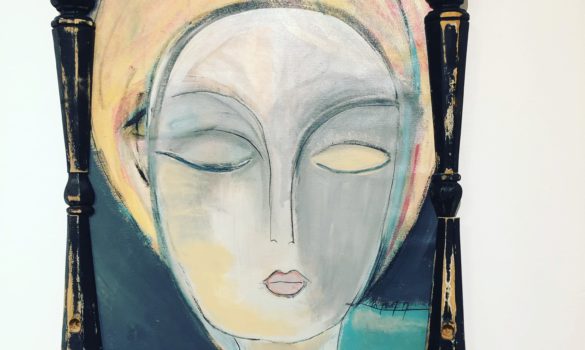 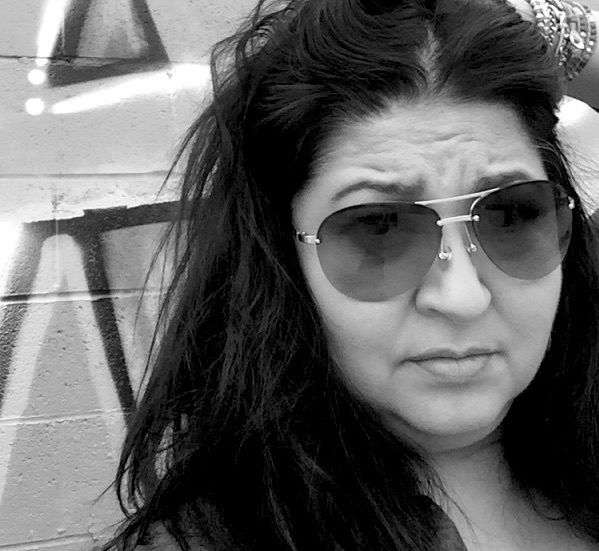 Anahid Boghosian is an Armenian-American artist based in Los Angeles, California. She is always trying to create a dialogue between her pieces and their viewer. Recycled and repurposed objects bring nostalgia to a piece and there starts the conversation between the two. Her creations are intended to stir emotions, thus she creates with layers. Each new layer showing a bit of the one underneath. Like any good story bits and pieces are wiped away, covered up, and retold to become a new reality. 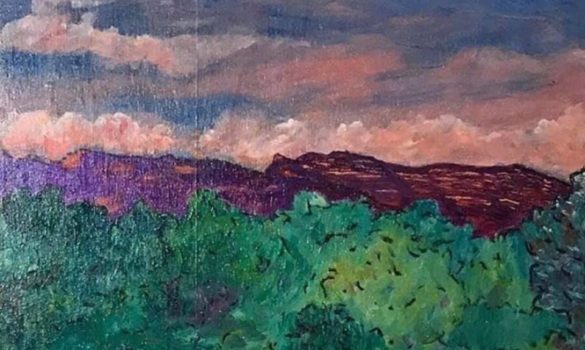 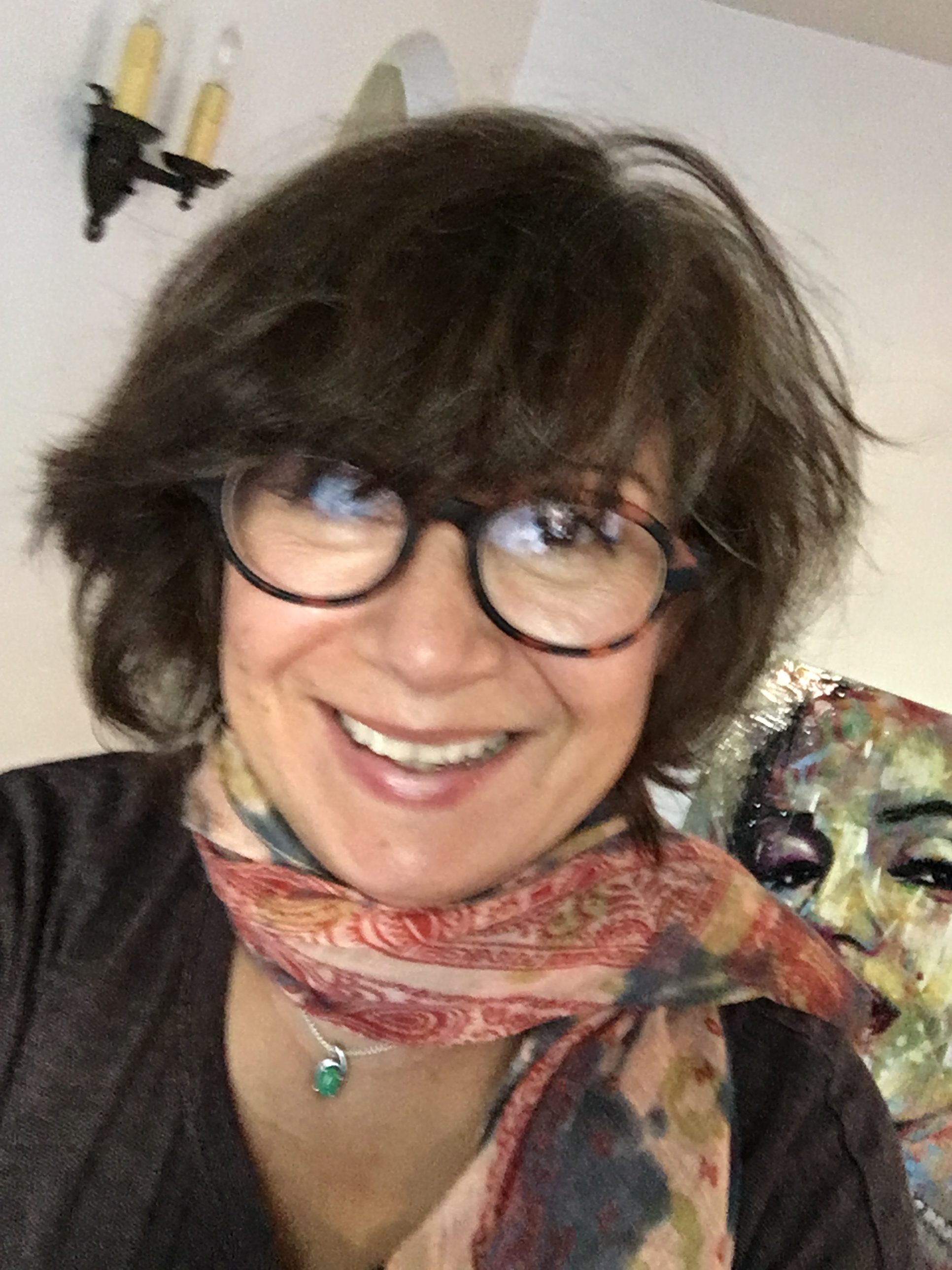 Belinda’s work is a love of impressionism and abstract. Bold color and strokes, using mostly oils, as seen here in her “love” series. “What drives my work is love of life and spirit.” “Letting the paint take over the moment.” The rich color palate and texture can be seen in all her work. She works on canvas, wood, oil and acrylics with many mediums to add texture and gloss. Belinda is happy to get back to painting in her later years and is looking forward to new exploration. 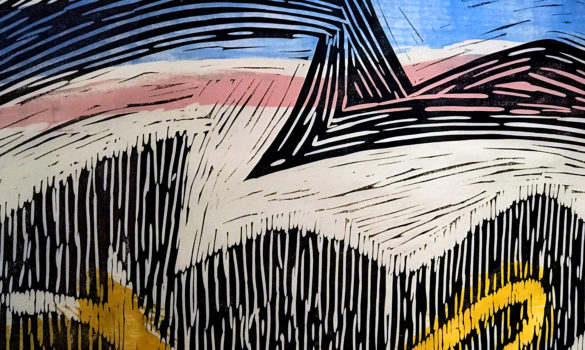 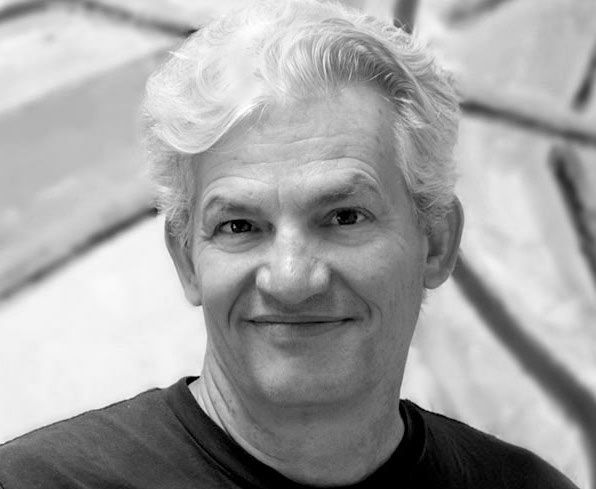 Dave Reeser’s woodcut prints are made primarily with the subtraction technique, where a light color is printed then the block is cut away. The next darker or contrasting color is overprinted. Often, the key block of the darkest color is printed last. The prints are made up of between eight and fourteen layers of color. The traditional Intaglio techniques of dry point, line etching, and mezzotint, also effectively communicate his abstract language. 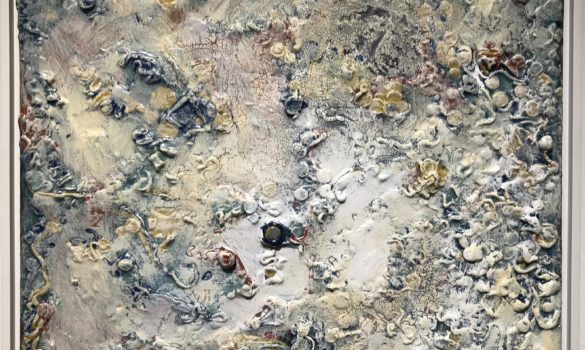 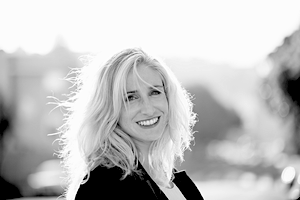 Eris Sharon’s latest work incorporates sculptural elements onto two-dimensional paintings using clay, similar to reliefs in old European architecture, with the intention to blur the lines between sculpture and painting. She creates artwork that cannot be created on a computer or replicated. My color and line are strongly influenced by expressionist artists Matisse, Lautrec, Van Gogh, Picasso, and Gauguin. 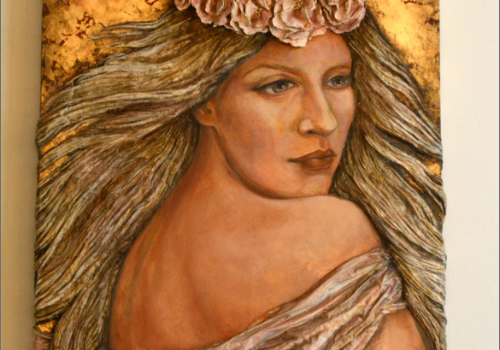 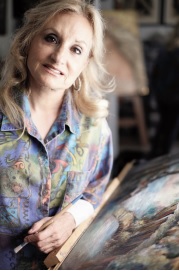 Beverly Barris is a versatile artist and is widely recognized as not only an outstanding contemporary artist, but also as an accomplished sculptor who has secured her a place in Who’s Who of American Women. Beverly paints thoughts and feeling, not literal translations of objects.

A native of New York, she presently lives in Woodland Hills, CA and has been an artist all her life. When she was eight years old her parents took her to the Guggenheim Museum in New York and she instantly new that she would be an artist when she grew up. Having a number of creative people in her family and a passion for art, she naturally excelled receiving numerous awards at a very early age. In junior high school and high school she received the highest awards for Art Excellence. Beverly continued to receive awards at the New York Greenwich Village Art Show at the early age of seventeen. She has received awards from the prestigous Pen and Brush Society in New York, two awards from the prestigous Art Students League in New York and has been written about in The Tampa Tribune and St. Petersburg Times as well as had televisions interviews. Beverly Barris has just received First Place in the New York Times Art Show.

Beverly graduated from Parsons School of Design in New York, studied at The School of Visual Arts and The Art Students League. She credits her mentor Vincent Capraro, who also taught Anthony Quinn to paint as well as other famous actors, with the invaluable knowledge he imparted about the old world master secret techniques in painting and drawing. She has also studied with Daniel Greene and Albert Handell among the many well-known artists from The Art Students League.

All her professional life she has painted and sculpted while being in the corporate world, but in 1998 she began doing commissioned wall installations, paintings and sculpture fulltime. She has shown at prestigous museums and galleries in New York, New Jersey and Florida such as the Cork Gallery in Lincoln Center,NY, Bergen Museum of Arts and Sciences in NJ, and the Deland Museum in Florida. She presently is represented by Redmatter Gallery in Laguna Beach

My purpose is to touch and connect with the human soul through my art. When I feel a rapport and harmony during the physical act of creating, I become one with the work. At this point, I know the truth is being expressed through my heart and soul. My art creates itself through me.

By surrendering to the process, powerful visions unfold which then can be expressed through paint and sculptural mixed media. My work has been a developmental an experimental process since childhood combining many exciting techniques. Gravitating towards artists such as Rembrandt, Van Gogh, Dali, Turner, Mary Frank and Rodin, I have assimilated these masterful qualities into my own statement. This is my purpose and contribution. 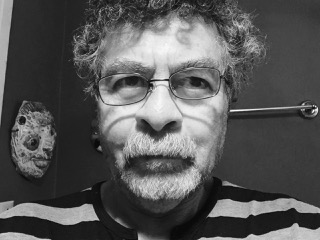 Like most adults who draw later in life they first started early like myself in childhood. I starting drawing earlyat about the age of two, like so many others.And with my parents who participated in the Arts by being Artist themselves I was encourage to draw and so it’s has been a part of my life and a self expression and a practice that is always appeared in every stage of my life, no matter where I was and no matter what was going on.So for me all other artistic expressions that I do know ,are built upon that practice. and so Art education became is a personal journey wether in schools or in life.

Schools and books, from the beginning did provided many ways to learn what others have done, before and why, and teachers in Parochial and Public schools challenged me to continue to learn,So I learned by myself and with the help of others build upon what I might be able to do, with my abilities or lack of them .So getting A’s in Art classes became normal untilI got a Summer Scholarship to Art Center on third St.in Los Angeles in High School and there I got it ,that they’re where even more talented students than myself .just beginning to learn too, I found cartooning a way of drawing in the School years in school newspapers, in Mid school,High school, in the Military, and later in City College ,as a Art Major. I have worked in Art packaging House in Los Angeles a TV commercial Production Company in Los Angeles a Ceramic Studio,In Los Angeles and became a Co-Op Member and becoming a Potter and Teacher for 30 years.Drawing, Potting, Sculpting ,and Painting..

IN my life my life friendships, with Artist like Ed Kienholz, and Hans Burkhardt and Ceramic Artist at the Potters Studio.like Tina Richardson and Ken Nakashima .and KI at Echo Ceramics further expose me to different ways of thinking in creating. 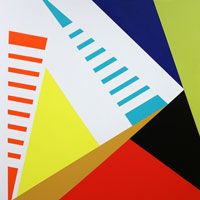 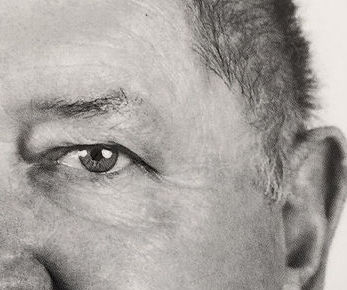