Like most adults who draw later in life they first started early like myself in childhood. I starting drawing earlyat about the age of two, like so many others.And with my parents who participated in the Arts by being Artist themselves I was encourage to  draw and so it’s has been a part of my life and a self expression and a practice that is always appeared in every stage of my life, no matter where I was and no matter what was going on.So for me all other artistic expressions that I do know ,are built upon that practice. and so Art education became is a personal journey wether in schools or in life. Schools and books, from the beginning  did provided many ways to learn what others have done, before  and why, and teachers in Parochial and Public schools challenged me to continue to learn,So I learned by myself and with the help of others  build upon what I might be able to do, with my abilities or lack of them .So getting  A’s in Art classes became normal untilI got a Summer Scholarship to Art Center on third St.in Los Angeles in High School and  there I got it ,that they’re where even more talented students than myself .just beginning to learn too, I found cartooning a way of  drawing in the School years in school newspapers, in Mid school,High school, in the Military, and later in  City College ,as a Art Major. I have worked in Art packaging House in Los Angeles a TV commercial Production Company in Los Angeles a Ceramic Studio,In Los Angeles and became a Co-Op Member and  becoming a Potter and Teacher for 30 years.Drawing, Potting, Sculpting ,and Painting..

IN my life my life friendships, with Artist like Ed Kienholz, and Hans Burkhardt and Ceramic Artist at the Potters Studio.like Tina Richardson and Ken Nakashima .and KI at Echo Ceramics further expose me to different ways of thinking in creating. 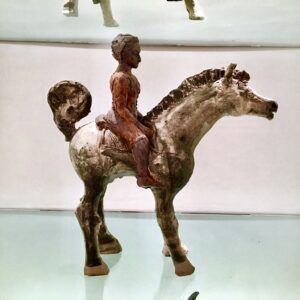